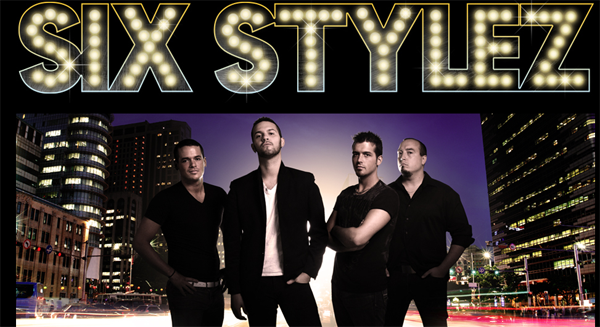 Incredible Group – It will be a a FUN NIGHT!

Hailing from the mid-west to southeast, Six Stylez was brought together by sheer destiny. These young guns are the ultimate super-group, comprised of music school graduates and the area’s most sought after talents. Experience is no question for this group of young men, having members that have played professionally, toured extensively throughout the U.S. and performed almost every event scenario you can imagine.

Combining their virtuoso talents together, Six Stylez has set out to dazzle and amaze the audience in a way no other act can. Each musical arrangement is performed with great accuracy and attention to detail. You won’t know the difference between them and the original artist! Playing anything from the classic oldie’s to today’s hits and everything in between, there is not a song they can’t or won’t play. This band can do it all!
Read the rest of their bio at the Six Stylez website

Here is the Promo Video for Six Stylez!